REALice in University of Alberta

Congratulations University of Alberta! The first University in Canada to Use REALice’s Cold Water Resurfacing Technology!

The University of Alberta is now using REALice technology for their ice making and ice resurfacing at the Clare Drake Arena!

As part of the University’s commitment to save energy and greenhouse gas emissions the arena now uses 65ºF (18ºC) water for their flood water – a significant drop in temperature from the water they previously heated to 160ºF (71ºC).

The University of Alberta’s Energy Department is raising awareness about the energy used to heat ice resurfacing water and has shared their success on Twitter: “UAlberta’s Clare Drake Arena is now saving this energy by using REALiceCanada’s high precision de-aeration that skills the preheating (of water)”. 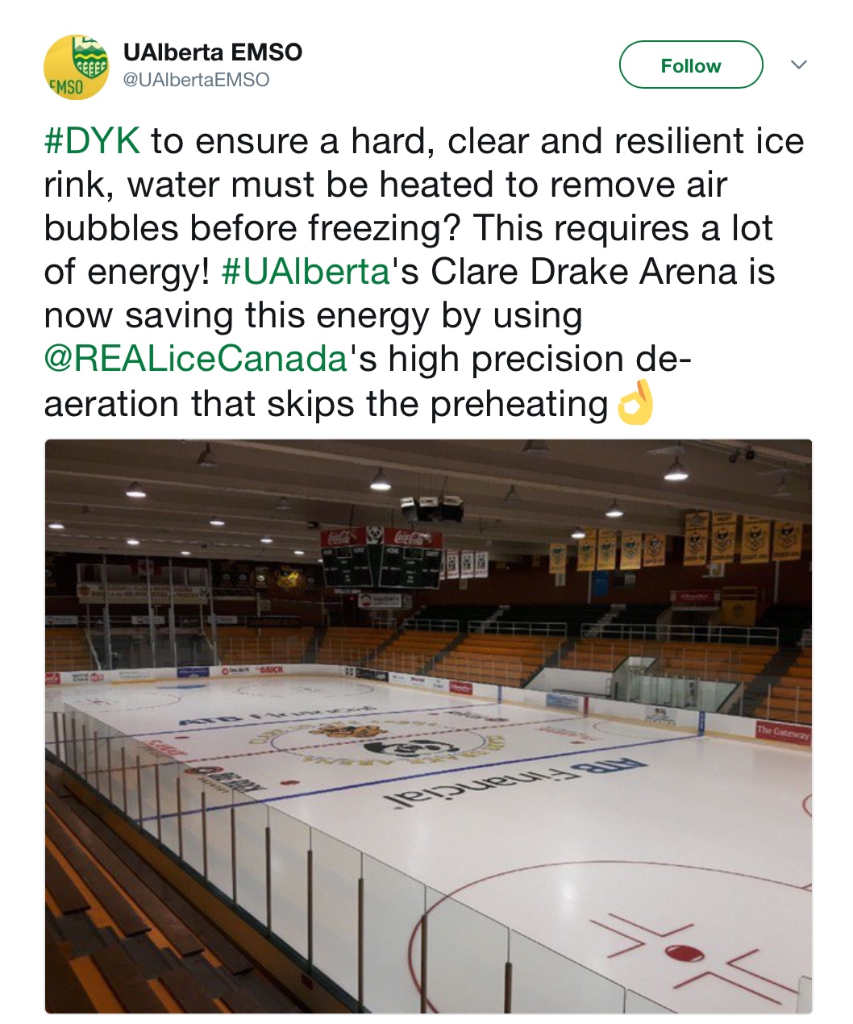 As Clare Drake once said, “Success is not a natural phenomena. Success only occurs to people that are willing to put the time in to achieve it”.

Arena operators at the Clare Drake Arena have been working diligently to make clear and hard ice using water at much lower temperatures and were able to increase their ice plant set points by 2-3ºF (-16ºC) due to the changed properties of the REALice treated water.

Thanks to the daily dry-shave routine impurities that move to the top of the ice are being removed every day to maintain the clarity of the ice.

Switching to REALice treated water for resurfacing the ice illustrates the University of Alberta’s dedication to its sustainability initiative as one of the top five universities in Canada.