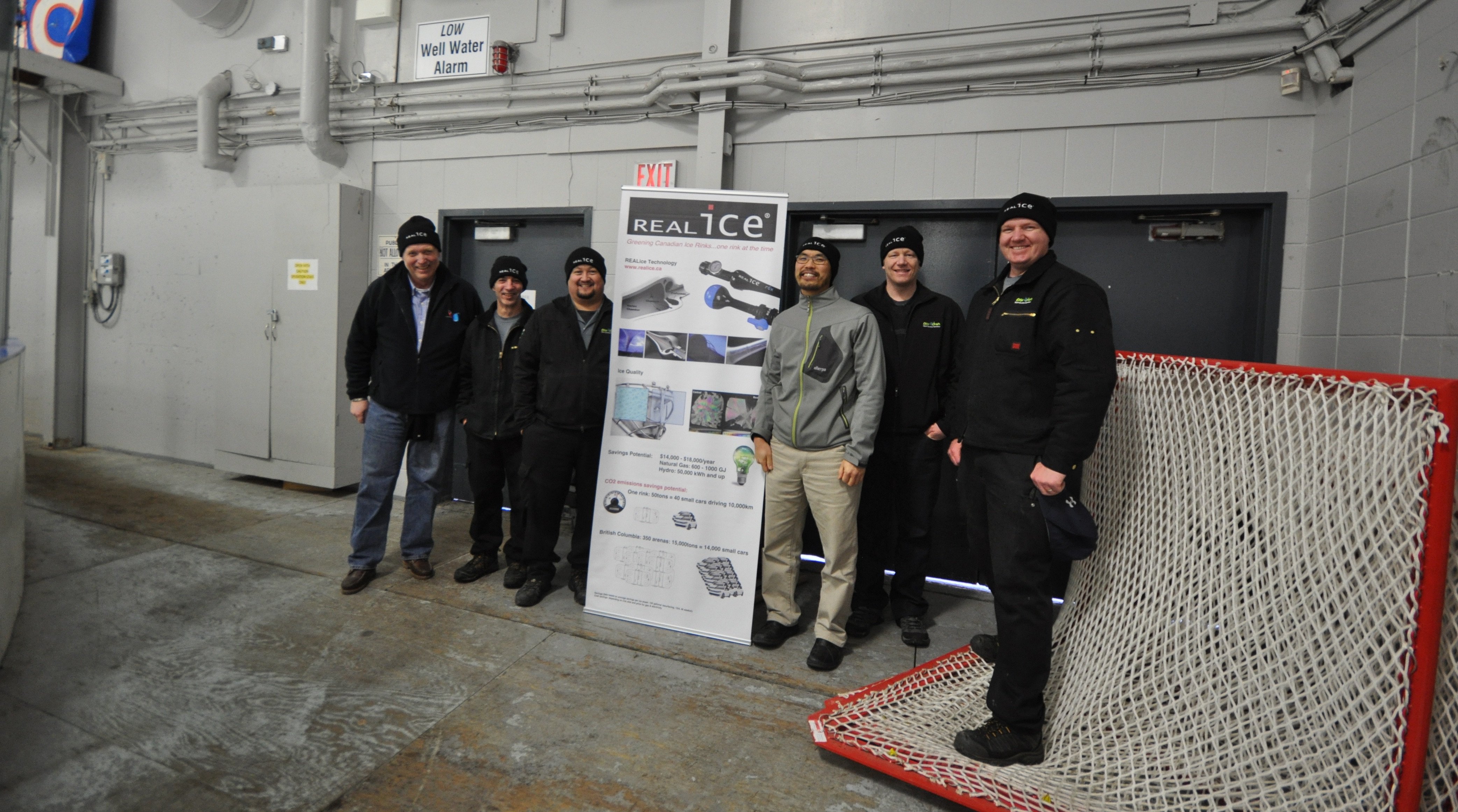 Before REALice, Mineral-rich Well Water Had Hampered the Freezing Process

Can REALice help a facility overcome source water challenges? Tony Liddle, who oversees facility operations at Kerry Park Recreation Centre, believes it has helped them immensely. The indoor ice arena uses well water that is mineral rich which had hampered the freezing process. Since installing a REALice system, the rink’s average brine temperature has increased substantially. The operations staff has also noticed a reduction in the amount of scale on their ice resurfacer and in the ice resurfacing room.

In 2014, the Cowichan Valley Regional District’s Kerry Park Recreation Centre was one of 10 B.C. rinks selected to take part in a Rink Resurfacing Efficiency pilot project. The project, spearheaded by FortisBC (the regulated gas utility) gave rinks an opportunity to try REALice®, a hot water alternative for removing the micro air bubbles in water that causes fragile ice. The Kerry Park facility has been using REALice ever since.

Kerry Park’s water source is well water: mineral rich and extremely hard. The water shot through the REALice valve is spun rapidly and as it spins, it separates the micro air bubbles from the water. And, as it spins, the properties of the lime scale are changed and rendered insignificant. The resulting water’s viscosity is increased, which in turn, increases the freezing point of the water and makes a smooth, durable ice surface.

In March 2013, the brine was averaging about 10.5ºF and was exiting the chiller at 9.5ºF. In March 2015, the brine was entering between 16 – 17ºF and exiting the chiller at an average of 14 – 15ºF -. The Kerry Park Recreation Centre has also undergone some significant repairs and upgrades during this time such as replacing the uneven arena slab as well as installing new higher efficiency compressors but the REALice system has also helped in increasing these brine temperatures.

“It’s only a couple of degrees,” says Liddle, the South Cowichan Facilities Coordinator, “but in ice rink terms, that’s a significant change.”

As for the scale, the rink’s operations team has also seen a difference.

“We were told the scale removal could be a side effect of using the REALice System,” says Liddle. “Turns out it was. We can even see the scale has been taken off the back of our actual Zamboni, and it’s helped to clean up the floor in our Zamboni room from the tank overflow!”