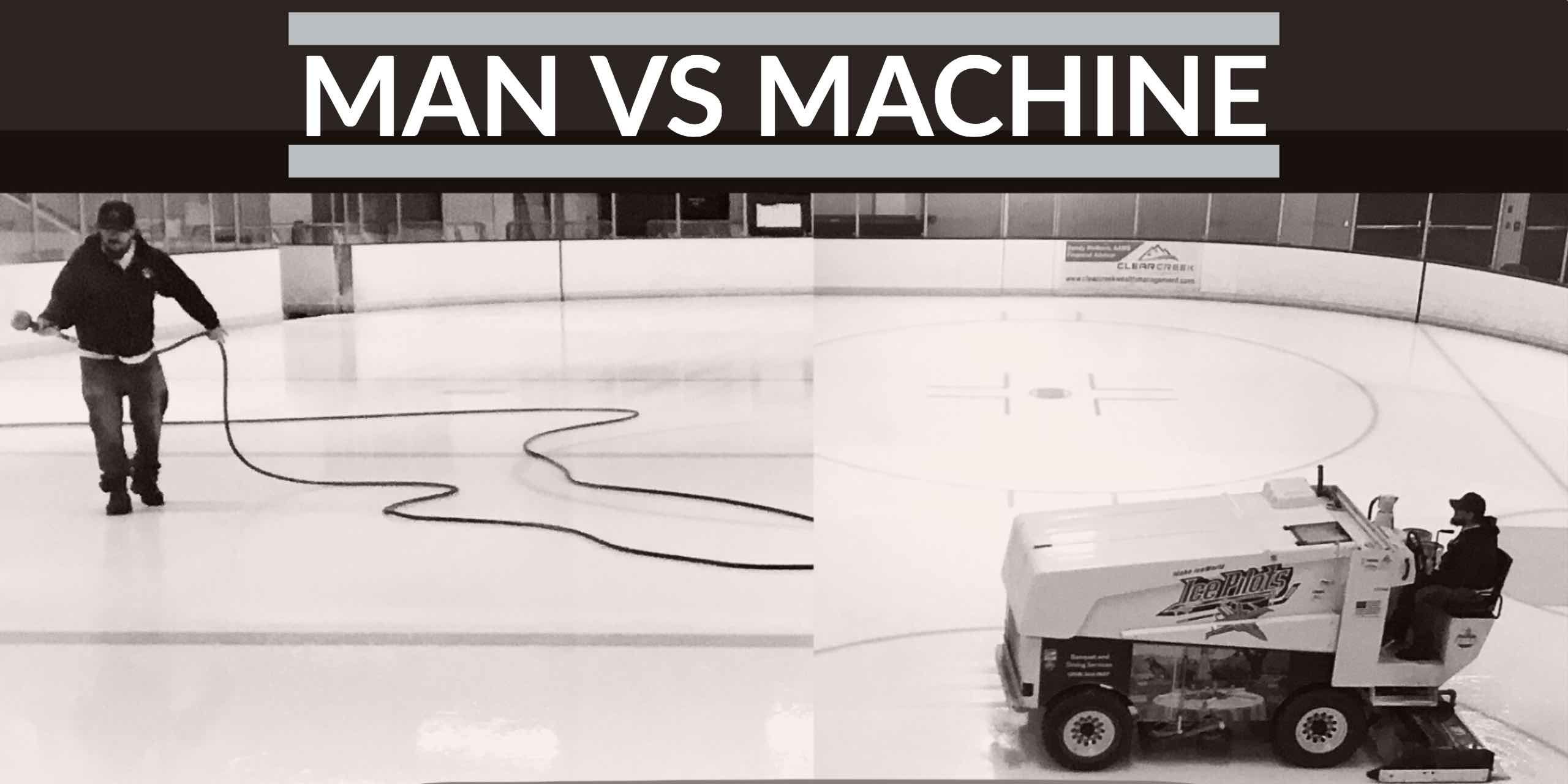 Can REALice make positive improvements to the way you operate your arena?

The Idaho Ice World in Boise, ID thinks so. In fact, it’s taken them to a whole new level.

The Idaho Ice World installed REALice this past summer on their year-round twin pad. Making the switch to REALice’s cold water resurfacing system prompted them to take a good hard look at how their operations were running.

One of the biggest changes they made was swapping their ice resurfacing machine for the REALice handheld for on-ice maintenance.

Commenting on those changes, Daniel Falconer, the Facilities Crew Chief at IIW, says, “Our ice game has stepped up 100%!”

They started using the REALice handheld nozzle instead of their ice resurfacing machine to see if it was better at mitigating cupping — the bowl effect that often happens at an ice arena over time where the ice is high along the boards, and low down the middle. It was!

According to Falconer, they’re able to build more ice, faster, with the REALice handheld then they could with their ice resurfacing machine.

“Instead of getting the Zamboni out there and filling it,” Falconer explains, “we started using the hose with the REALice handheld and the blue adaptor that comes with it.”

The REALice system includes a wall unit used for filling the floodwater tank as well as a handheld with two different adaptors for building the ice from scratch and maintenance.

“What we found is building by hand lets us focus on trouble spots,” Falconer says. “And by flooding the rink with the handheld, by the time we get to the other end, we have to wait a minute or two, and we can get back on the ice and start again.”

Falconer says they can build up ice much faster than they could using their ice resurfacing machine.

“In 2 hours, we can get six coats of water on the rink, or a quarter of an inch. With the resurfacer, we could only get 2 or 3 passes down — with an ice build that is nothing near using the handheld.”

Higher Temps with REALice too!

Falconer says their ice is running warmer now, too – with brine settings up 3.5F warmer than what they used to have it set at.

“When we put the Rink Savings Estimate together for Idaho Ice World, we estimated they would save over 130,000 kWh of electricity, and over 16,000 m3 of natural gas.

The Idaho Ice World is one of over 100 North American ice arenas that have already let-go of the centuries-old practice of using extremely hot floodwater and have switched to REALice.