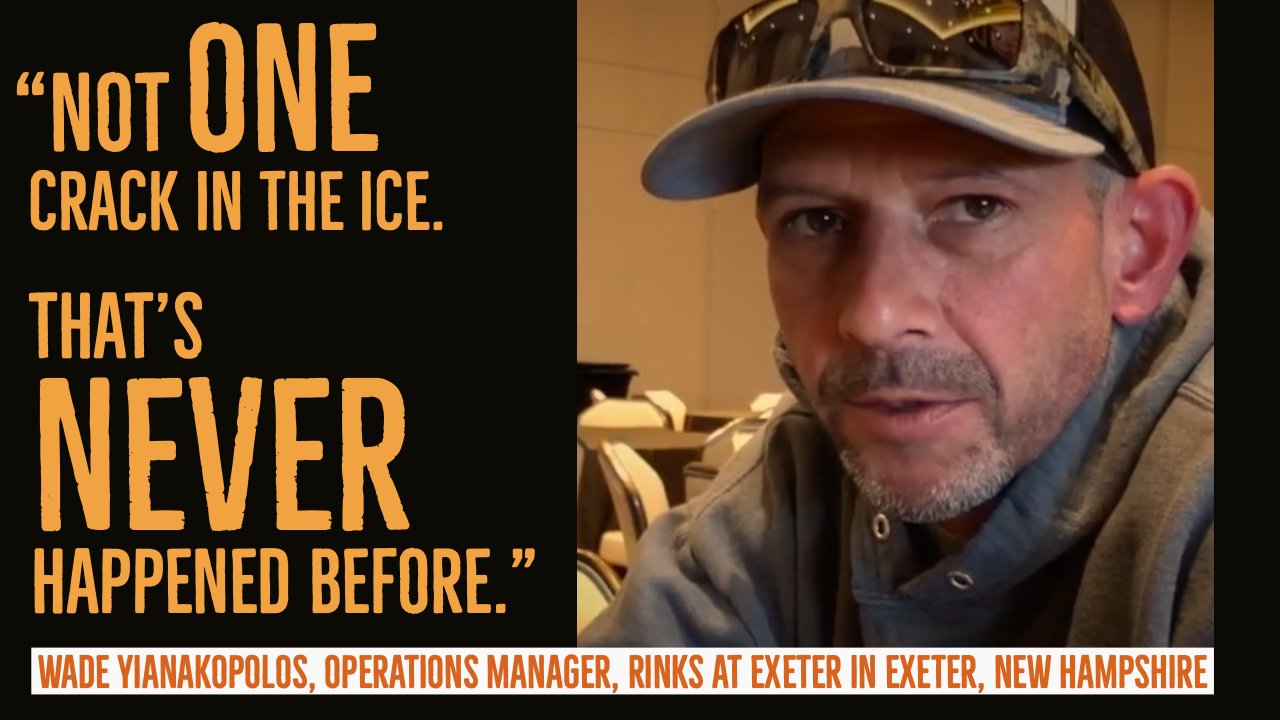 Wade Yianakopolos is the operations manager at The Rinks at Exeter in Exeter, New Hampshire.

When Wade and his team put in their REALice water treatment system at the beginning of December, 2018, the ice for the twin pads was already in.

Following our best practices, they shaved down the ice to just above the lines and logos and built it back up using REALice-treated water. But before they even started, the ice on Rink 1 wasn’t looking good.

In fact, the ice on Rink 1 was in rough shape. That floor had been replaced over the summer, a task that took longer than expected — and management was faced with a drop-dead start-up date in their calendar as a commercial for a prominent hockey equipment manufacturer would be shot on that surface.

With that deadline looming, they were forced to make ice in a hurry — during a week where the temperatures hit 90F and higher — and their ice took a beating, with big cracks forming here, there and everywhere.

Although the ice wasn’t visually appealing because of those big scars, the resulting REALice-ice was fast, hard — and it forced them to raise their set points higher.

Their ice temps used to be at 21F and they found their sweet spot at 27F on that rink. Those higher temps means lower electricity bills that the facility’s General Manager, Chet Murch, is thrilled about.

Building REALice Ice  with NO Cracks!

Two weeks ago — in the middle of April, Wade took out the ice on that pad and built it up from scratch using REALice-treated water.

He started by using the handheld with the blue (misting) adaptor and transitioned to the black adaptor with a stronger stream. Once the painting was done, and Wade drove his ice resurfacer on it for the very first time, he couldn’t believe what he saw.

The ice didn’t crack — at all.

That’s something he says has never happened in all his years of ice making.

Watch the short video clip with Wade speaking about his experience with the REALIce system.