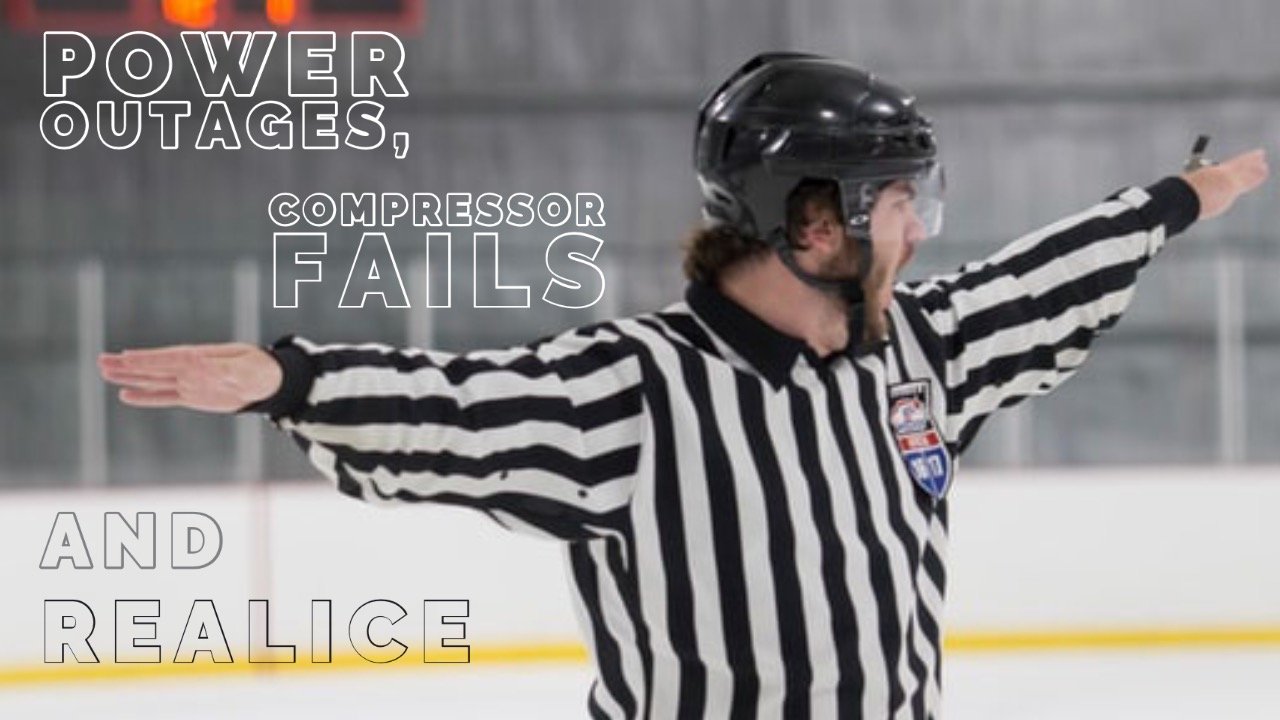 Every once in a while our customers tell us how REALice saved the day, helping them through a really tough situation.

Here are two examples from the US you might be able to relate to: a power outage and a compressor failure.

Here’s why the denser ice made with REALice-treated floodwater was such a difference maker.

WILDFIRES AND MUDSLIDES IN CALIFORNIA

In January, 2018, after a series of wildfires threatened California’s Santa Barbara County, the rains began that caused devastating mudslides, and power outages. With roads impassable due to a dam that broke, getting to the rink by car was impossible for Ice in Paradise‘s Arena Manager, Larry Bruyere.

When the power went out, Bruyere wasn’t sure the arena would survive, let alone the ice.

But the REALice-treated ice stayed intact. The surface was starting to sweat a bit, but we saw no paint migration at all. And we didn’t lose our arena — or our ice.”

The mudslides killed 23 people, including two of Ice in Paradise’s customers and caused at least $177 million in property damage.

In the summer of 2019, REALice was installed at the Bay County Civic Arena, a busy twin pad with an NHL and an Olympic sheet in Bay City, MI.

Recreation and Facilities Director, Cristen Gignac, says they had been having problems with their refrigeration plant. One of their two compressors stopped working altogether and it was finally fixed a couple of weeks ago.

Gignac says REALice was a difference maker and kept their ice intact, despite being one compressor down.

“If we didn’t move to REALice when we did, it would have been too hard on our compressors when we were having issues. Using the cold water wasn’t so hard on the one that was operational, and I’m thankful for that.”

We can’t guarantee that your REALice system will keep your ice frozen when you’re faced with a long power outage, or will get you through a compressor failure unscathed.

But the denser ice that produced with REALice-treated water can give your operations team a fighting chance when things go wrong. It’s just one more reason why you should consider saying “goodbye” to hot water and “hello” to the REALice water treatment system.